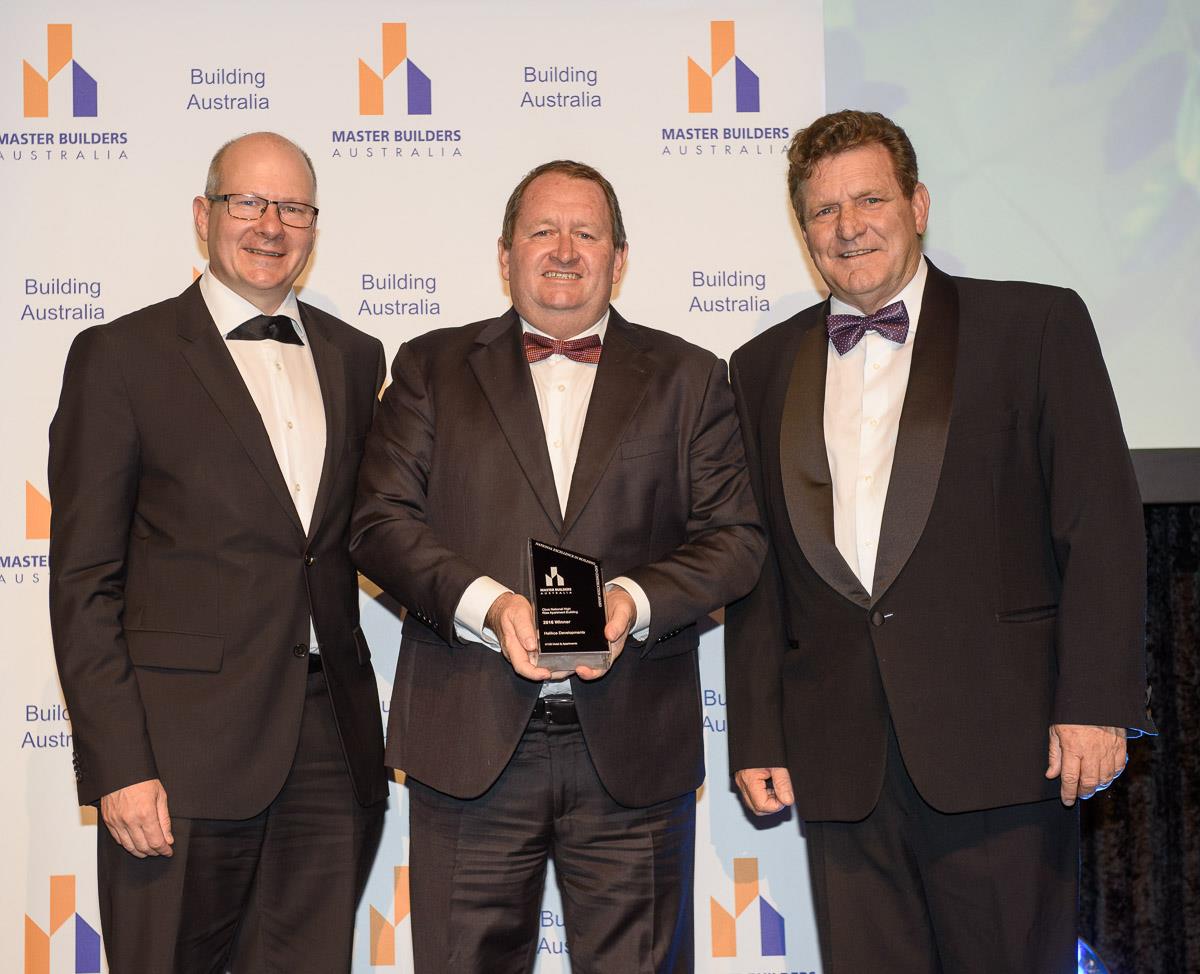 The winning of a national award will boost the Territory’s construction credentials when chasing major contracts, industry representatives believe.

The Halikos Group won the National Excellence in Building and Construction High Rise Apartment Building award for its H105 development in Mitchell St.

The development on the site of the old Top End Hotel is unique in its design as it incorporates a hotel and apartments.

Halikos managing director Shane Dignan said the win was “fantastic recognition” for the Halikos Development team lead by Regan Anderson. “There was stiff competition from Australia wide,” he said.“ We are pleased to win such a prestigious award. I think the award recognised the quality and innovation.”

The win is the third national award Halikos Group has won. it has won for its NAB Building in Smith St and the redevelopment of DHA housing at Larrakeyah.

Master Builders Association NT executive director Dave Malone said the win sent a critical message about industry capability “The win by Halikos is the latest by Territory firms who have continually excelled on the national stage,” he said. “We have a world class industry capable of building to the highest standards no matter the challenge. “It’s important to recognise that projects succeed at this awards by demonstrating construction innovation, effective management of construction complexity, quality of finish and complete satisfaction of the original brief. Or more simply, getting it done no matter the challenge and on time and on budget.“ This is our most crucial message as we promote our industry’s capability and capacity to Territorians, government, Defence both Australian and the US, and key private sector investors.”

Mr Malone said the industry had walked the corridors of Parliament House in Canberra pressing the case for Territory industry.“ The Halikos team joined with other members of Master Builders Major Contractors Group, who were in Parliament House pushing just what our industry can do to assist the ADF to deliver the next wave of $8 billion of new infrastructure,” he said. “National Awards continue to help to validate the Territory’s message. And the commitment of Territory construction firms to take on a leadership role for our economy demonstrates why businesses like Halikos are genuinely ‘Master Builders’.”

The Master Builders National Awards were held in Canberra and were the culmination of a process where more than 5000 projects traversed regional, State and Territory awards to make the final list of the very best projects in Australia.