The Mother Teresa Catholic Primary School is in the newest suburb of Palmerston and caters for Early learning (preschool) up to Grade 7 and includes large, open plan learning areas with a focus on creating a stimulating environment for the students to learn and enjoy. The school size and structure include two stages of works with has a total structural footprint (inclusive of single and 2 storey construction), of approximately 8,600m2 of built structure, 3,450 m2 of car parking and associated civil works, approximately 960m2 of playscape areas, 16,400m2 of soft and hard landscape finishes and 2,460m2 of concrete footpaths. The two Stage of the project include the following specific scope of works;

Consisting of the Lower Primary School, Early Learning Centre, car parks, landscaping and playscape, has been handed over 12 days ahead of the Staged PC date of the 31st of December 2017. Each of the two buildings in this Stage had their own specific playground equipment installed to accommodate the two age groups of kids using the facilities.

Consisting of Administration and Special Education Unit, Multipurpose Hall, Assembly area and Primary School, landscaping and playscape. Stage two was delivered 2 weeks ahead of program and was constructed whilst stage one of the school was operational. The project was delivered without a single disruption to the daily operations of the stage 1 school precinct.

The Staging to the Project allowed the school to open the Early Leaning Centre and Lower Primary Facilities for the start of the 2018 School year. Stage 2 was then opened mid 2018 as planned. 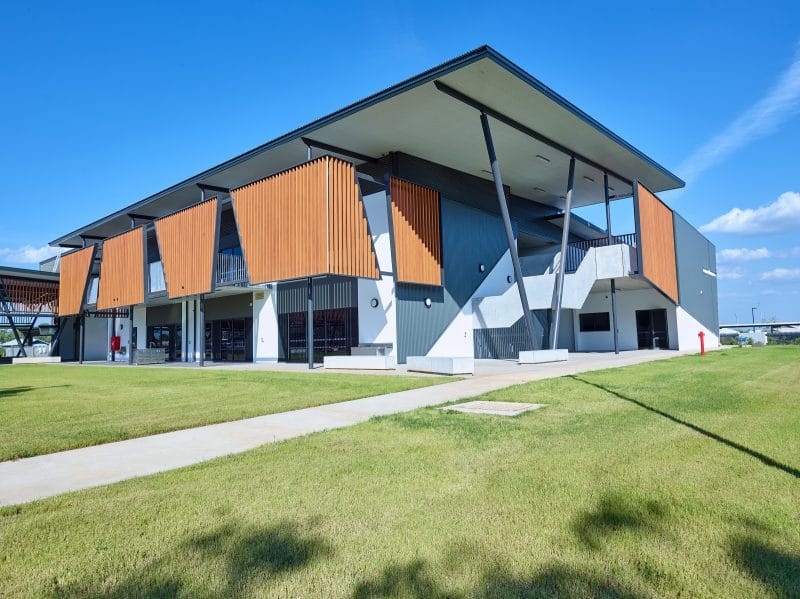